My guest on the podcast this week is engineer, producer and musician J.J. Blair, who has a long list of engineering credits including Joe Bonamassa, Kelly Clarkson, Jeff Beck, the Black Eyed Peas, Keith Urban, Weezer, and many more.  He’s also produced and mixed the Grammy winning record Press On, by June Carter Cash, engineered on the Grammy […]

My guest on the podcast this week is songwriter and educator Andrea Stolpe, who’s written songs for Faith Hill, Julianne Hough, Daniel Lee Martin, Jimmy Wayne, and others. She’s also worked as a staff writer for EMI, Almo-Irving, and Universal Music Publishing. Andrea teaches songwriting at the University of California’s Thornton School of Music, and is the author and […]

Artist Visa’s About To Increase 50%, An Immersive Audio Format War, And Producer/Plugin Developer Dan Korneff On My Latest Podcast My guest on the podcast this week is producer, mixer and engineer Dan Korneff, who has not only worked with prominent names like Breaking Benjamin, Paramore, Papa Roach, Lamb of God and My Chemical Romance, but has developed some of the coolest audio plugins available. Dan not only knows how to expertly use his audio gear, but he […]

UK Musicians Leaving The Business, Horn Players At Risk During The Pandemic, And Music Exec Anthony Martini On My Latest Podcast My guest on the podcast this week is Anthony Martini, who got his start as a rap/metal vocalists before finding his way into other parts of the music business. During his management career, he worked with acts such as Lamb Of God, Fall Out Boy, Train and Sia before he discovered the then-unknown rapper Tyga. Anthony then founded […] My guest on the podcast today is Paul Edwards who’s a Montreal-based engineer who has worked on projects by Smashing Pumpkins, Flaming Lips, Ben Harper, Arctic Monkeys, Interpol, Bloc Party, Seal and many more.  For 3 years Paul was also the lead audio engineer for the online mastering service LANDR. In the interview we talked about getting into mastering, some insights into […]

My guest on my latest podcast episode is Bill Reynolds, whoâ€™s a Grammy-nominated producer, engineer, mixer, songwriter and former bass player with Band of Horses. Billâ€™s credits include the Avett Brothers, Band of Horses, Truth and Salvage Co, Tim Chaisson, Lissie, among others, and his songs have appeared on TV shows like House, Justified and Army Wives. He currently works out of his […] My guest on the podcast today is Robert Marshall, who is a sound designer, mixer and partner of Chicago audio post house SUM1. Robert has spent the last 15 years doing sound design, mixes and ADR for film, television and radio, including several Superbowl spots.  He’s also a founding partner of Source Elements, a company that provides a number […] My guest on the podcast today is Andrew Peters, who started as popular radio personality and eventually transitioned to television as the host of Australian music shows like Rock Arena, Trax, Simulrock, the Live Aid broadcast, and interviewer for the MTV special Australian Made. After 20 years on radio and television he’s become one of the top voice actors in SouthEast Asia, Australia and […]

My guest on the podcast today is Denny Seiwell, who went from being one of the top session drummers in New York City to become a founding member of Paul McCartney’s post-Beatles band Wings, to playing on television and film scores in Los Angeles. Besides McCartney, Denny has worked with artists like Billy Joel, Joe Cocker, James Brown, and Denice Williams, among many others. […]

My guest on the podcast today is Tim Pierce, who’s one of the most widely used and respected session guitar players in Los Angeles today. Tim has a client list a mile long that includes superstars like Bruce Springsteen, Madonna, Rod Stewart, Don Henley, Faith Hill, Dave Mathews Band, Mylie Cyrus, and many more. Simply put, he’s the […]

Happy New Year, And A Look At The Year Ahead On My Inner Circle Podcast Happy New Year and thank you again for your support! Here we are on the cusp of a new year again. That’s why its time to gaze into the crystal ball to see what awaits us. In this week’s Inner Circle Podcast episode I’ll take a look at some of the things that we can expect in […]

Merry Christmas, And A Look Back At 2018 On My Inner Circle Podcast Merry Christmas and Happy Holidays! Thank you so much for being a part of courses, blogs, books and podcasts this year. I truly appreciate your support! You might find my latest Inner Circle Podcast episode interesting in that it’s a look back at all of the interesting stories in music business in 2018, and there sure were […] My guest on the podcast today is Laurence Juber, who’s truly one of the world’s most remarkable acoustic guitar players. Laurence has a big history on both electric and acoustic guitar actually, starting as a busy session player in his home town of London before joining Paul McCartney’s Wings. After the band folded he resumed his session career first […] My guest today on the podcast is Grammy-winning vocalist Darlene Koldenhoven, who’s appeared before a staggering 1.5 billion worldwide viewing audience on PBS as the soloist in Yanni, Live at the Acropolis, coached musicians and singers in the war-torn jungles of Sierra Leone, and sang on hundreds of recordings for films and major recording artists. Darlene is classically trained […] 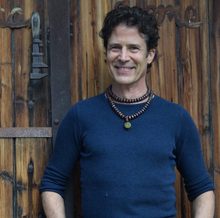 My guest today on the podcast is Frank Fitzpatrick, who’s a multi­-platinum selling record producer, Grammy-­nominated songwriter, social entrepreneur and award-­winning filmmaker.  Frank started in the business in concert promotion but soon became a protege of hit producer Richard Perry. His eyes were always on music for film rather than hit songs though, and he’s been quite successful […]